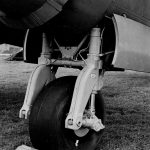 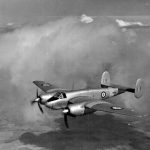 Buckmaster RP185 of 228 OCU with yellow bands around rear fuselage and wings. 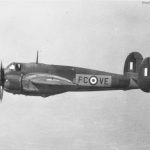 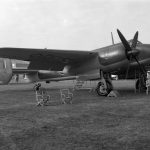 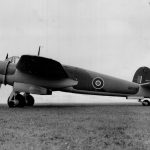 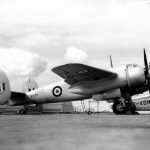 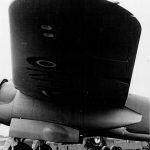 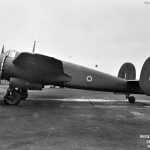 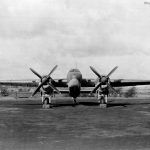 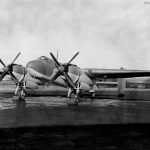 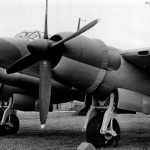 A detailed view of one of the propellers and nacelle 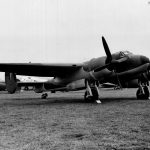 An overall view of Buckmaster 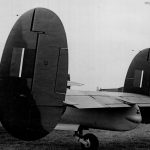 To meet a need for a dual-control trainer, the type 166 Buckmaster was evolved which was a Buckingham having a wider front fuselage to seat a crew of two side-by-side. Two Buckingham airframes were converted to become Buckmaster prototypes and the first was flown in October 1944. These were followed by 100 Buckmasters built from Buckingham components; a final order for ten being cancelled. Buckmasters were mainly used by Operational Conversion Units training Brigand pilots, although a few were employed on communications duties at Aden by No.8 Squadron. The last four in RAF Training Command service were still flying at No. 238 OCD, Colerne, in 1956, while two were retained at Filton for experimental work. One ofthese was modified to test the Burney recoilless gun and the other, RP164, carried out flight tests with combustion heaters for the Brabazon wing de-icing system, later becoming an instructional airframe at Halton, where it was scrapped in 1958.