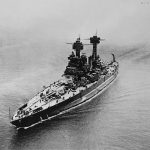 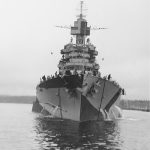 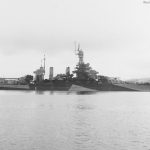 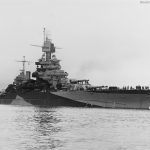 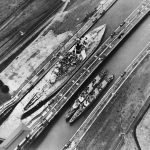 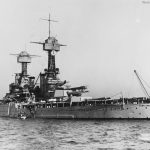 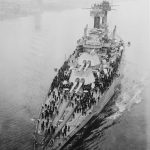 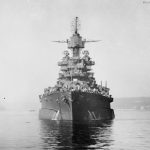 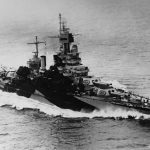 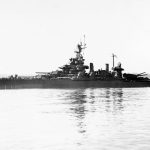 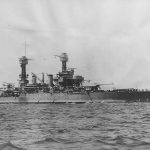 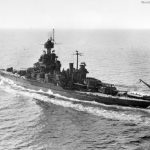 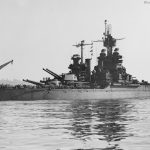 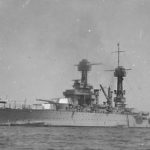 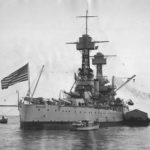 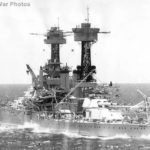 USS Maryland during maneuvers off the West Coast in 1935 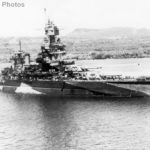 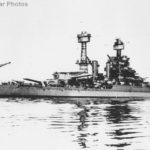 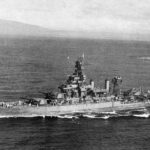 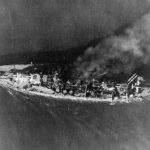 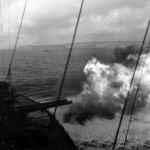 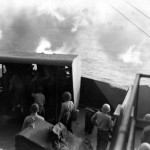 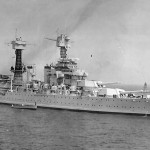 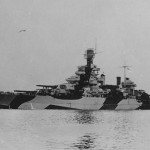 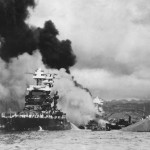 Maryland before the war was a typical oldline battleship. Old fashioned cage masts supported duplicate spotting tops and “clock face” of the range coordinator, clearly visible to other ships. The secondary guns and AA batteries were virtually without protection.