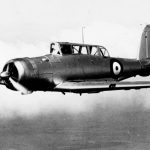 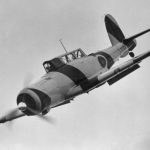 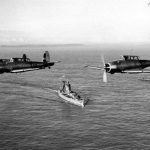 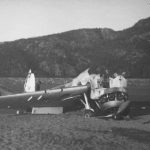 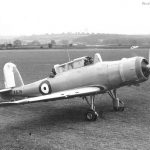 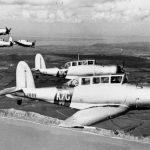 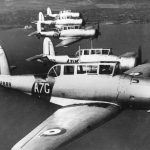 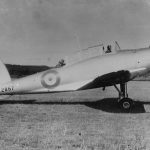 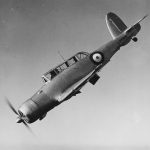 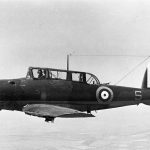 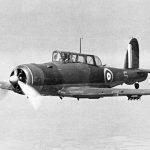 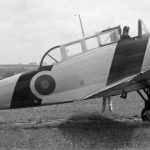 The Skua two-seat fighter dive-bomber earned a secure niche in aviation history because it was the first deck-landing machine produced in Britain to the modern all-metal cantilever monoplane formula with flaps, retractable undercarriage and variable-pitch airscrew, and the first British dive-bomber to equip Fleet Air Arm squadrons.
In 1934, the Royal Navy announced the tactical and technical requirements O.27/34 for a new fighter aircraft to be used as a dive bomber and reconnaissance aircraft. Hawker, Vickers, Boulton-Paul, Avro and Blackburn entered the competition. The Blackburn B-24, designed by engineer G.E. Petty, was selected from the submitted bids. As early as April, the factory was commissioned to build two prototypes. The first of these was flown on 9.02.1937, and shortly afterwards, the second prototype was flown. Factory testing was completed in June 1937, followed by testing at the Experimental Air and Arm Centre in Martlesham Heath in November 1938. Slightly earlier, in July 1936, without waiting for the results of the prototype tests, the Air Ministry ordered 190 aircraft of this type. The new aircraft received the name Skua.

The serial production of the planes Skua began, however, only in 1938, and the first machine left the factory in August. It was caused by the necessity of the change of the power unit of the machine. The engines originally intended for the aircraft propulsion were replaced by the Bristol Mercury IX engines by the Bristol Perseus XII. The change of the propulsion unit made it necessary to lengthen the fuselage in the part behind the engine bed by 0.73 metres. The engines of the Perseus XII, despite being more powerful, proved to be somewhat worse. The change was forced by the high demand for the Mercury IX engines, which were used for the propulsion of the Bristol Blenheim bombers. The serial aircraft, due to the engine change, were designated “Mk II”. Production continued until March 1940, when the last of the ordered aircraft was completed. Blackburn Works carried out only the final assembly of the aircraft, while the manufacturer was Olympia Works in Leeds. The fuselages and airframes were subcontracted to General Aircraft Ltd. at Hanworth. In October 1938, the aircraft were delivered to the FAA’s 800 Squadron and in April 1939 they were transferred to the aircraft carrier HMS Ark Royal. By the outbreak of war, a further 801 and 803 squadrons had been armed with this type of aircraft. 800 and 803 squadrons were based on the aircraft carrier HMS Ark Royal, 801 on HMS Furious. However, 806 Squadron received the Skua in April 1940 and operated from the aircraft carrier HMS Illustrious for a short period of time. Skua ended combat service with FAA units in the first half of 1940. The remaining machines were transferred to training units. In 1940 and 1941 they were still used as lead ship for RAF fighters transported by aircraft carriers to reinforce the defence of Malta.